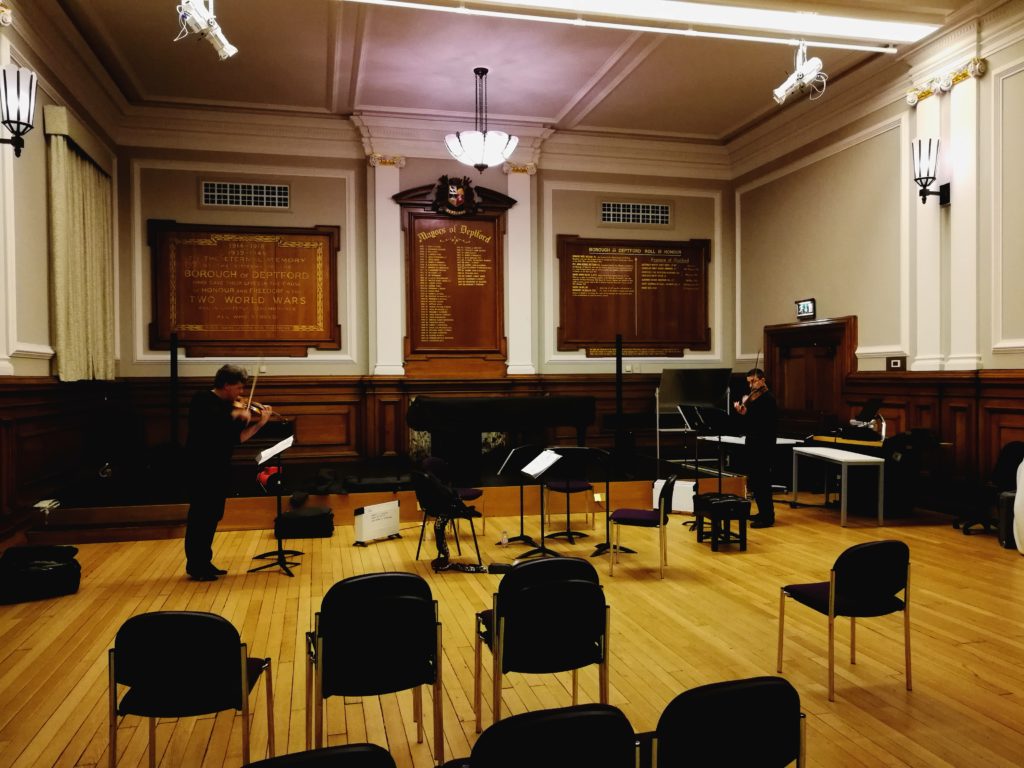 Listen to Colin Still’s excellent recording of Peter and Mihailo’s gorgeous performance (click on the link to hear two other performances of this piece):     http://v.youku.com/v_show/id_XMzQwMzEwNzQ0MA==.html?spm=a2hzp.8253869.0.0

For No One, To No One was first performed by David Alberman at the SPNM solo spotlights concert, Wapping Hydraulic Power Station, London, UK, 20th March 2007. The title was prompted by composer and performer Ignacio Agrimbau, who suggested I write a piece without dedication, and which did not purport to convey extra-musical meaning. The… END_OF_DOCUMENT_TOKEN_TO_BE_REPLACED

In October 2016 I organised a mini-festival, inviting the Kreutzer Quartet to come and perform, teach, lecture and workshop students works.  It was a wonderful week, and garnered enthusiastic feedback from the Tianjin students.   http://v.youku.com/v_show/id_XMzE2NDA0ODE4NA==.html?spm=a2hzp.8253869.0.0   While they were in Tianjin, I was lucky enough to have a new piece, Tullochgorm, premiered in their second concert.  This… END_OF_DOCUMENT_TOKEN_TO_BE_REPLACED